Primed For The Future

It’s time to boost your network and your business with Nitro. This new communications platform is ready to pick up where Wi-Fi is falling short. Combining business-critical voice with lightning-fast private broadband, Nitro puts control of your communications network back into your hands. Letting you configure a secure solution that’s perfectly tailored for your business operations.

Boost Your Communications Network With Nitro
Land mobile radio (LMR) is at the core of keeping your enterprise connected and safe. But don’t stop at voice. With Nitro, your instant voice communications is transformed into business-critical communications. Broadband voice delivers seamless and secure conversations across your entire operation - on all devices, over private broadband. And with Nitro, your time-tested voice communications are augmented with lightning-fast data. With up to four times the capacity and twice the range of Wi-Fi, your network will be boosted to new heights. 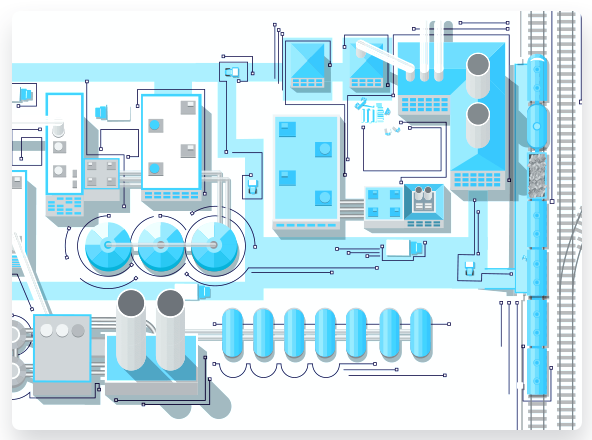 Land Mobile Radio: Your Network, In Your Hands

Instant voice communications are the backbone of your workforce - whether it’s business as usual at the plant, a bustling day at a theme park, or an annual conference at your hotel. Voice-first infrastructure is critical to your workplace, with LMR keeping your teams safe, smart and accountable. But your Wi-Fi may be coming up short. Put your network back in your hands with Land Mobile Radio (LMR), and leave searching for Wi-Fi signals in the past.

Security Guard One
Purpose-built two-way radios provide instant communication at the press of a button.

Drivers
Mobile radios connect drivers with facility workers as soon as shipments arrive on the premises.

Maintenance
When working in the basement, maintenance workers are in a dead zone and unable to communicate.

Security Guard Two
Guards know they can rely on radios for instant communication across the entire facility perimeter.

IT Specialist
The IT department is under a lot of stress. It manages multiple services from different partners to keep business communications up and running.

Whether your teams are on the front lines with the customer, on busy factory floors or in densely packed warehouses, uninterrupted, high-fidelity audio is critical. A single break in voice communication can mean the difference between a streamlined operation and a dissatisfied customer, a broken workflow, or worse, compromised worker safety. Experience Nitro’s highly reliable push-to-talk over private broadband, delivering crystal-clear voice conversations with excellent indoor coverage. Workers across your entire facility will be able to talk freely across coverage zones without losing connection, no matter where their job may take them.

Security Guard One
Purpose-built two-way radios provide instant communication at the press of a button.

Facility Manager
Nitro two-way radios have wideband audio so the facility manager who previously was experiencing coverage gaps due to Wi-Fi failures can now connect with up to 4x the range.

Drivers
Mobile in-vehicle radios running over an LMR network can connect drivers seamlessly to teams running their communication over the Nitro network.

Maintenance
No matter where the job appears onsite, maintenance workers can rely on the custom coverage and capacity of MOTOTRBO radios to keep them connected.

Security Guard Two
Guards know they can rely on Nitro Radios for instant communication across the entire facility perimeter.

IT Specialist
The Nitro portal and 24x7x365 support makes network management for the facility’s IT department simple and easy.

By augmenting your communications platform with Nitro, you’ll experience lightning-fast, enterprise-grade broadband data that flows securely across every level of your operation. Nitro offers multi-gigabyte data speeds, ensuring your teams can share information quickly and efficiently. And with up to twice the range of Wi-Fi, workers can access the network from virtually anywhere on-site, using far fewer access points.

Facility Manager
Nitro two-way radios have great in-building coverage, so the manager can experience high-fidelity audio anywhere in the building. When he is out of the coverage area, he can use the WAVE Push-to-Talk application on a phone, desktop or tablet to communicate on-site.

Drivers
Drivers using MOTOTRBO mobile radios can interoperate with the Nitro network, enabling them to communicate updates on-the-go to their teams back at the facility.

Maintenance
No matter where the job appears on-site, maintenance workers can rely on the custom coverage and capacity of Nitro to keep them connected. The network even enables maintenance teams to send a live video feed of an issue they’re trying to resolve.

IT Specialist
The Nitro portal and 24x7x365 support makes network management for the facility’s IT department simple and easy. The single integration of voice and data allows the IT specialist to focus less on managing the network, and more on leveraging its performance.

Nitro Founded On Partnership, Primed For The Future

Unified team communications are at the core of your operations, whether you’re a large resort, a deep underground mine, or a productive manufacturing facility. Stop relying on Wi-Fi that can let your productivity fall short and start trusting in the advanced capabilities of Nitro. With Nitro, you’re investing in a long-term partner, not just a communications platform. There has never been a better time to boost your communications network.

Get Secure, Enterprise-Grade Broadband
Flowing Across Your Business

Nitro™ enables a seamless, unified operation by combining business-critical voice and private broadband data. Investment in Nitro is an investment in a long-term partner, not just a platform.